Best Time to Trek in Nepal

Nepal is one of the best trekking destinations in the world. There are 2 main trekking seasons for the trek in Nepal but any season and month can be a good time. Every season has their specialties in different routes.

Visiting the snowy high mountain base camps, experiencing traditional culture, lifestyle, flora, and fauna, and much more, Nepal is a treasure cove for the trekkers from all around the world. This is a beautiful country to spend a perfect holiday with friends, family and beloved.

There are hundreds of trekking routes as short, easy and adventurous. All of these routes have their beauty with biodiversity. So before planning a trek to Nepal, need to be sure that which time is the best and which route is suitable.

Normally, there are 4 seasons as autumn, winter, spring, and summer. Autumn and spring are the best seasons for trekking in Nepal. But still, there are some low land treks which are known as short and easy treks are good during the winter. Nepal has the rain shadow regions that good to trek during summer and monsoon.

Spring is known as the king of the season with blooming flowers all around. This is one of the main trekking seasons in Nepal. This season starts from late February and stays until the end of May. It takes away the cold season and brings warmer. This is a dry season so a possibility of the rain is very low. But there may be some windy day and drop some hailstones rarely.

There will be neither hot nor cold in lower elevation and neither cold nor hot in the higher elevation in this season. Visibility from far to the mountains may effect by haze. But visibility from closer to the mountains is perfect. The trees change the leaves and restart new leaves in this season. Blooming colorful flowers like the Nepalese national flower rhododendron make the forest very attractive.

The spring is the main season for the expedition. There are a couple of hundreds of mountain climbers tries to climb high mountains and Everest. This season is a little bit warmer than autumn. So this is a perfect time for the trekkers who do not like to trek with very cold.

Autumn is the best and busy trekking season in Nepal. After just passing away the monsoon, the visibility is nice and clear. Even mountains can be seen from a far distance at this time. The trekking trails are at the best conditions in this time. Because of the clear visibility and no haze, flights to the mountains are very less chance to cancel. Blooming cherry blossom makes nice to some trekking trails during this season.

Trekking trails will have more traffic by national and international trekkers in most trekking routes. Food will be fresh because keep buying fresh for many customers in the lodges. The lodges are full usually so needs to book in advance in someplace. All trekking routes with high passes are open in this time.

Winter season starts from December and stays till February. This is the coldest season in Nepal. Until December, is good to trek to any trekking trails but need to have well and warm equipment. But after December, will be cold up in the mountain. So some short treks near Kathmandu and Pokhara are recommended. Ghorepani Poon hill trek, Chisapani Nagarkot trek, Tamang heritage trek, Langtang valley trek, Helambu trek, Dhampus Sarangkot trek and some other off the beaten tracks are nice to trek during winter. The clouds move to downwards during the morning and evening during winter. The views of the mountains are nice from the viewpoints.

This is a low trek season in this time. So, trekkers who would like to trek with peace and less traffic, this may be the best. But need to pack really warm clothes to trek in winter in Nepal.

The summer season is a rainy season in Nepal. This season starts from June and remains until August or mid-September. This is not recommended trekking season. But there are some rain shadow trekking trails for monsoon season.

There are some lands behind high mountains. Monsoon clouds hit to those high Himalaya and drops before these drylands. Upper Mustang, Upper Dolpo, and some other trekking trails are good for monsoon season trek in Nepal.

Not only the mountains to see in Nepal. There are lots to see and feel as natural and cultural beauty. So there is no lack of visit at any time of the year. However, each season and month have own specialties and offerings as tradition and festivals. Choosing the season depends on the desire to see and getting a vacation to travel to Nepal. 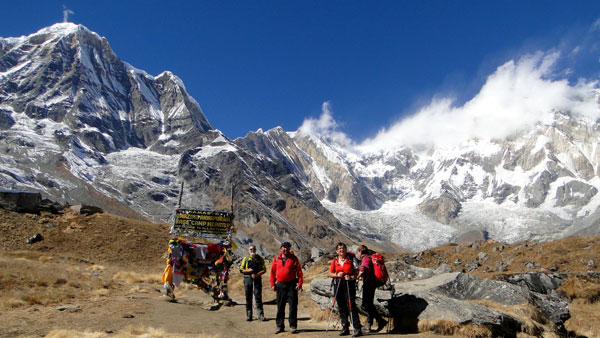 A certificate of good standing or a company status report obtains from the secretary of state and it shows that your company is legally registered.

Apply online for an Employer Identification Number to get instantly

An Employer Identification Number is used to identify a business for tax purposes with the Internal Revenue Service. It is required for crop or an LLC