Difference Between Hash vs Weed

If you are new to the realm of cannabis, it is easy to confuse the terms “hash” and “weed,” thinking these two are interchangeable words that mean the same thing. However, they are actually different. Both hash and weed are parts of the cannabis plant. The main difference between them is that “weed” usually refers to the plant’s dried flower buds, while “hash” is a paste from the sap or resin of the plant. Read on to learn more.


Weed is mostly made up of dried and cured cannabis flowers that are then made ready to be smoked, vaporized or processed and turned in to a concentrate. In some areas of the world, you will find brick weed, which mostly contains buds, leaves, stems and seeds all compressed into one hard block.


There are numerous cannabis strains out there, each of them producing a unique effect. Years back, cannabis growers have started to breed and manipulate strains to create unique varieties with various flavors, aromas or effects. Indica varieties have relaxing effects, while sativa varieties produce a more uplifting high. Remember that the effects of the strain are from its chemical makeup, and not its genetic lineage.


Hash is the cannabis extract made by separating the buds from the resin. There are plenty of ways to product hash, but all of them generally involve separating the trichomes and pressing them to form a coin, cylinder, ball or clock. This results a strong concentrate that has unique flavors and effects.


The most traditional kinds of hash come from Morocco, Afghanistan and India. Moroccan and Afghan hash are made by running dried cannabis through fine sieves, which separates the trichromes to make kief. The kief is then heated and pressed to produce hash. Indian hash, meanwhile, is made by rolling cannabis buds between the hands. This separates the trichomes to create thick resin, which is rolled into balls called charas.


To prepare weed, female cannabis plants are grown until they flower. After 8 to 12 weeks of flowering, the plants are cut down and the buds are dried before they are placed in jars for curing. This will help the buds mature, maximizing their flavor and potency. Hash, on the other hand, is prepared in many ways, but it generally involves separating the trichomes from the cannabis buds and pressing them together.


When it comes to taste, there is a stark difference between the two. Weed has a fresher and fruiter aroma, while hash is complex and spicy. Keep in mind that the flavors used in the weed and hash varies depending on the strain used to make them. Also, the flavor of hash largely depends on how it was produced.


Hash is more potent than weed. Many cannabis strains available today produce 15 to 30 percent THC, while hash can reach potencies of up to 60 percent. Again, note that the exact potency of hash or weed depends on the type of strain used, as well as the method used in producing hash. Today, butane hash oil is the most potent kind of hash, reaching more than 90 percent THC.


It is in their usage where has hand weed have more in common. Both of them can be vaporized, smoked or added in food to create edibles. However, weed flowers can also be used to create concentrates, while hash cannot be applied in this case.
Whether you prefer to use hash or weed, it does not really matter. Both of them offer a unique and truly enjoyable experience. Whichever you pick, just ensure that you source them from reputable and quality stores that use the best genetics. Or, if you can, try to grow your own weed and make hash at home! 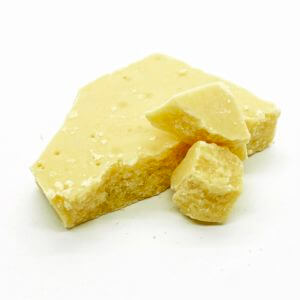 Every Corporation and a Limited Liability Company are registered with the secretary of state is required to file annual reports to conduct business.