Everything You Need to Know About Pink Kush Strain

Pink Kush is a legendary indica strain, originally coming over from Amsterdam in the early 1990s. Also known as Pink OG, or simply as King, it has been medicating and elevating people all over the West Coast for decades.

Despite dozens (maybe hundreds) of new and exciting strains hitting the shelves these past few years, there is a reason why Pink Kush is still on everyone's shopping list. It's powerful medical effects, and enjoyable high are why this strain remains one of the most popular indicas on the planet.

Why is it named Pink Kush? It's because of the subtle pink hue it takes on in flower. Pink kush (a relative to pink bubbe kush) nugs are small to medium-sized, dense-packed (thanks to the kush heritage), and purple. Combined with the bright red hair covering the trichomes, it often appears to glow pinkish. A well-cultivated Pink Kush nug comes coated in crystals, which helps deliver an extremely potent and satisfying session.

Pink Kush is one of those strains that come from unknown genetic lineage. Before modern-day medical cannabis markets got going, there was less data on the various breeding programs. In many cases, one cannabis lover shared a clone or a seed with another, and in a few short harvests, the genetic heritage was lost forever in a puff of smoke.

What we do know about Pink Kush is it from influential indica parents? On one side sits OG Kush, but the other is much more mysterious. According to the cannabis lore shared on Seed finder, one breeder suspects it may be Chemdawg. A breeder by the name of 'Reeferman' shares how he gleaned a clone of Pink Kush back in 1992 from a group of bikers and based on its expression, he suspects it may be closely related to Chemdawg.

If we dig back before OG Kush and Chemdawg, some of the grandfathers of Pink Kush likely include Lemon Thai, a Hindu Kush from Pakistan, and perhaps a sativa. Pink Kush has gone own to spawn dozens of new hybrids as well, including Champagne Room, Tom Ford Pink Kush, Pink Widow, Pink Bubba Kush, and Sour Pink Kush, among many others..

The Pink Kush terpenes profile contains limonene, linalool, and caryophyllene as the top three scents. Terpenes are the natural essential oils that give cannabis strains their unique aromatic profile. This means when you break open a beautiful nug, you'll pick up hints of earth, florals, and perhaps a bit of lemon. On the inhale, you might also expect sweet berry flavors, with a pungent undertone.

Limonene is associated with citrus fruits like lemons, limes, and oranges. It's under investigation for several exciting medical applications, including as an antioxidant, an antiinflammatory, and excitingly for use in chemotherapy treatments. All this research is in the very early stages of development, but the potential is quite exciting

Linalool is primarily associated with lavender plants, but you can also find it as a part of a great terpene profile in cannabis. It's a very spicy and floral smelling terpene, often used in the fragrance industry. But beyond smelling good, it also might have medicinal potential. According to preliminary studies, linalool is an antiinflammatory, reducing stress and maybe even soothing pain.

Finally, the third primary terpene found in Pink Kush is caryophyllene. This spicy aroma is also in cloves, hops, rosemary, and other robust herbs. The current research suggests it could be useful for inflammation, mood disorders, and chronic pain.

Terpenes tend to vary from one producer to another. Depending on where you source your premium Pink Kush from, you may also find levels of Humulene, alpha-Pinene, and myrcene. These are all commonly associated with Kush genetics. Another great strain with a similar terpene profile is Pink Bubba Hush.

Most medical cannabis strains contain a spectrum of a dozen or so cannabinoids. Pink Kush may be so beloved because it was one of the first big-hitting, heavy THC strains on the market.

Some producers report hitting over 25 percent THC with this strain, although most likely, you'll get something hovering around 20 percent THC. Generally, Pink Kush contains only minimal levels of other secondary cannabinoids like CBD and CBG. These could help improve medicinal benefit through the entourage effect and gently mellow out the intensity of the high.

There is no doubt, Pink Kush remains one of the hardest hitting strains on the market today. Depending on who is growing it, you may see some of the highest levels of THC available.

THC is what makes cannabis intoxicating. In the case of Pink Kush, which tends to have minimal CBD levels, the high will pack a punch.


Many report an uplifting body high from this strain. As a potent indica, it likely won't stimulate much cerebral activity, creativity, or sociability. Instead, expect a deeply relaxing experience, where the stress and anxieties seem to melt away. It's both reportedly euphoric and happy but will trigger the onset of sleepiness. It's an excellent strain solution to insomnia.


What can you expect in terms of side effects? The most commonly reported side effects include dry mouth and dry eyes, so have that glass of ice-cold water and Viseen handy following a smoke session.

One note for any newbies curious about Pink Kush, this has pretty substantial THC levels. You may wish to familiarize yourself with another low to mid-level strain first. While one or two puffs won't get anyone into too much trouble, a big hit from a bong or the entire joint to yourself may feel a bit overwhelming.

If you love indicas, Pink Kush should be right up there on your list. After all, you have to wonder why it's stuck around this long for a reason. If you can't find bubba kush, try Pink Bubba Kush.

People continue to love Pink Kush for its remarkable pink crystallized nugs, it's pungent kushy-aroma, and of course, for the intense THC content. After three decades of cultivation, it's still beloved by farmers, patients, and chronics alike. 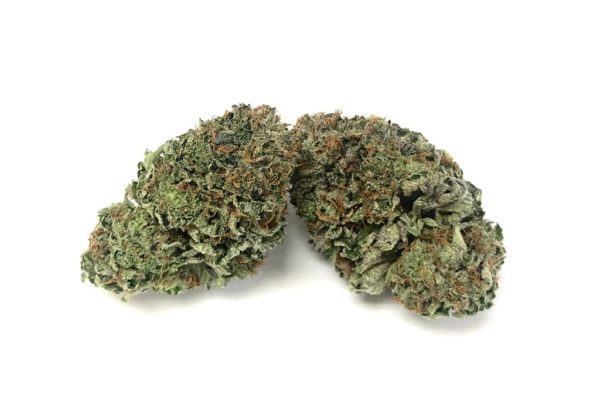